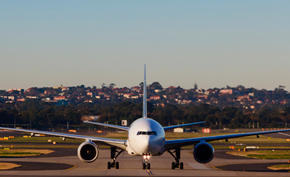 Well as soon as I saw the news about American Airlines’ bankruptcy I immediately thought of my co-instructor Steve Toburen and his issues with AA.  (No I don’t mean Alcoholics Anonymous!)

Of course, American has been on the slippery slope to bankruptcy for a long time. Many analysts said it was due to the fact that their competitors (United, Delta) filed for Chapter 11 a few years ago and got rid of a lot of excess baggage (read employees) to bring their costs down.  Maybe …

However, I say the real sign of a company in trouble is how their employees treat the customers. The workers don’t have to be rude.  Just more apathetic than anything.   Or even hostile toward their employer.

For example, I have a brother who travels worldwide and is “Triple Platinum” or whatever their top rung is called. He has been in the seat next to a traveling AA pilot on several occasions and has listened as the pilot absolutely torched his airline. When the pilots are unhappy you know the end is in sight!

Of course I can’t ever talk about airlines without a tip of the hat to my favorite airlines- Southwest! Thanks, Herb, for hiring friendly people. After all- it all starts with the employees. So I guess my personal thanks also goes to Jon-Don’s very own Nick Paolella for having the same beliefs about hiring great people.

Here is a great blog from last week discussing the American Airlines situation. The blog turns into a book review about how the right employees will make the company.

So how do your workers feel about you and your company?  Or if you haven’t hired employees yet- what will you do so that your employees love their job?