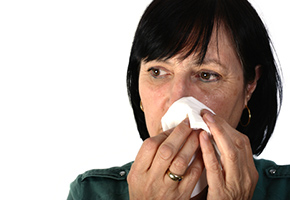 I’m a new-to-the-industry carpet cleaner just trying to learn what I’m doing. Meanwhile my wife and I bought a foreclosed house from a bank. Our goal was to renovate it and sell for a profit which would hopefully fund the purchase of a truck mount from Jon-Don. But our plans (and Jon-Don’s truck mount sale) are in serious jeopardy!

You see, it was super cold, the heat was off and several windows were broken out with a brisk breeze moving though the house when we looked at it before making our offer to buy. There was a smell but I figured what the heck- as a carpet cleaner I could deal with it!

But now that we’ve got the heat turned back and the house closed up the urine and feces stench is incredible. It literally makes me gag, cry and/or want to flee outside all at the same time! Of course, this intense odor is the reason the bank sold it to us (and carried the paper!) for a song!

But Steve, obviously no one will buy anything that smells like this no matter how low the price! (Well, I guess we did!) Anyway, did we just waste our money, admit defeat and have the house bull-dozed? Or are there chemicals and techniques you and the staff at Jon-Don could recommend? I’ll be forever grateful to Jon-Don if you folks can help.

PS We are doing major demo work in the house now and am including some photos of what appears to be urine contamination.

Wow, Crushed, as an old house rehabber I feel your pain! (I just love renovating homes.) But while I’m an “adequate” carpet cleaner, a good carpenter and a fairly good business manager/ entrepreneur I’m not an expert on the “latest and greatest” in pet odor neutralization.

So I called in the “Big Gun”, Mr. Bill Yeadon. (Since Bill is “small of stature” he really focuses when I call him our Big Gun!) So let’s see what Billy says…

Steve, the first step would be to identify all the areas that are affected. The best way to do this is with a black light which makes the urine fluoresce. (As a carpet cleaner you’ll need this black light anyway.) Be sure to check the walls up to at least 3 feet or even higher if a male cat was present.

Now that the carpet is gone one of the major areas of urine absorption has been removed. As even you know, Steve, (zinger!) the first principle of odor removal is to remove the source which in this case may be the subfloor and the walls 3 feet up.

If the floor is salvageable from a structural standpoint first clean all visible urine stains with Matrix Urine Pre-Conditioner and then saturate with PRS Post Clean. (This is a beneficial bacteria which multiplies the spores at a viral rate. One gallon contains 500 billion spores.) Dilute 1 gallon PRS Post Clean with at least 1 gallon of water. For example, fill a 2 gallon pump up sprayer with 1 gallon of PRS Post Clean to at least 1 gallon of water. Thoroughly wet down all contaminated areas (which you have identified with your black light) with diluted PRS PostClean at a rate of 1 gallon to 500 square feet.

NOTE: Keep an eye on the sprayed down areas as ideally they should remain visibly wet for at least one hour in order to allow the greatest penetration and digestion of any organic load such as old urine. Be sure to heavily soak any crevices, crack, etc. And if some areas are drying out too quickly just cover them with clear plastic.

When the odor has been neutralized the wood floors should be sealed with Pros Choice Odor Barrier.

Fog the entire house with an Electro-Gen Thermal fogger (Which will also be handy in your future professional pet odor removal career!) using OdorX Thermo-55 and then place an odor counteractant block in the air handling system.

Thanks so much. Bill! You’ve got a lot of good advice there, Crushed. As an ex-Certified Restorer I’ll second Bill’s comment about removing the source of the odor. You may need to get “creative” here.

For example, very likely there may be urine on the walls that has drained down into the space between the wall and baseboard. If you are doing a major rehab anyway the simple answer may be just to remove and either treat the backside of the baseboard or just throw it away. Same basic principle applies to duct work, tack strip (which I would replace) and even tile grout.

Wow, Crushed, I sure hope you got this place cheap! And when you are done with the project just ask my wife Sioux over to give it the “supreme sniff test”. She has got a nose like a bloodhound!

PS Remember, if Bill’s techniques work you should be able to sell the home for that nice profit! So when you are able to buy your machine tell the Jon-Don truck mount rep he owes Bill a case of Guiness!