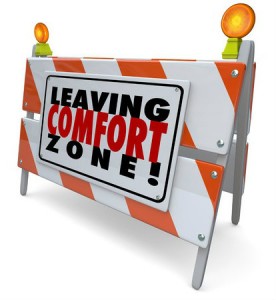 As health care professionals around the world struggled to avoid a pandemic brought on by the spread of the Norovirus some years ago, another virus was running rampant within the ranks of business owners and their companies; one that continues to go largely unrecognized today. The Norovirus may no longer be headline news, but the virus to which I’m referring is still alive and well and thriving in far too many companies.

This virus can have as debilitating an effect on a business as the Norovirus has on our bodies. Unfortunately washing our hands, coughing into our sleeve, or getting inoculated is completely ineffective in controlling its spread.

The virus I’m referring to is Affluenza. Although I’ve seen the virus’ destructive effects on businesses for years, my first exposure to its name occurred when I came across the term in an article written in The Family Business Advisor.

As a business advisor myself I’ve witnessed the terribly harsh effects Affluenza can have on previously healthy companies. I’ve worked for years to restrict its spread, but regrettably I have not always been successful in my efforts. There are times when the virus gets such a strong grip on the owner that he becomes blind to the harmful effects it’s having on his company or he enters a state of denial about what’s taking place.

Affluenza doesn’t usually manifest itself when a business is young or struggling. Most companies and their owners seem to have a built-in immunity that protects them during times such as these. It’s when companies begin to succeed that the virus comes to life and spreads its infection with devastating, sometimes lethal, results.

Although I have no hard evidence to support my claim, I feel the physical and mental makeup of many entrepreneurs predisposes them to carry Affluenza. Many seem to be drawn to a “work hard, reward lavishly” lifestyle; one that appears to serve as a catalyst for the virus.

As with many other business ailments Affluenza infects a company when it is flush with cash or when sales are robust, but the symptoms go unnoticed. It’s when the company is put under pressure, or when it’s attacked by outside influences such as economic turmoil or, in the case of restoration companies, when there are no weather events to inflate sales, that Affluenza raises its head and can cause irreparable damage.

One of the strategies adopted by companies to combat Affluenza is to increase sales. While there’s nothing wrong with increasing sales, doing so doesn’t cure the disease. It simply masks the symptoms, bringing temporary relief to the pain, much like taking an aspirin to treat the Norovirus. While it might alleviate the symptoms of the disease, it does nothing to treat the underlying problem and will sometimes backfire and actually feed the virus.

In the next two parts of this series I’ll explore factors that lead to Affluenza, along with strategies you can employ to avoid catching it or remedies to try if you already have.