At a recent social gathering I was listening to a cleaning business owner rant about the inadequacies of his managers. “They’re all a bunch of ‘C’ players”. “They expect me to make all their decisions for them”. “They never follow through on the things I tell them to do”. On and on he went. It was a pretty long rant, and the longer the owner ranted the louder and more “colorful” he became. 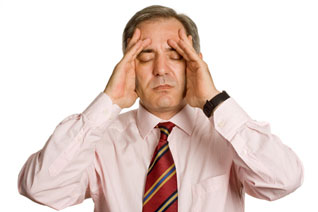 I let him go on for quite awhile before I interrupted him to ask my question. “Based on what I’m hearing you say these guys sound like a pretty sorry bunch. Who in the world hired them?” I asked. The entire group went silent.

It really wasn’t a fair question for me to ask him. I already knew the answer. He had hired them. I remembered the occasions; particularly because right after he hired each one the business owner would go on and on in his excited manner about how each new manager was going to be the best thing since sliced bread!

So what happened to owner accountability? How did the same new employee who seemed to be the best thing since this owner’s wedding day become “chopped liver” in such a short period of time? Did the new hire get lazy? Had he become unmotivated in some way? Or was he unqualified for his position from day one?

In my opinion, this owner’s frustration had much more to do with him as an owner than it had to do with his people as managers. You see, this owner had accidentally stepped into two common traps in hiring and developing managers in his cleaning business. As a result, it seriously disrupted his company and cost both the owner and a long line of his manager-hires entirely too much unnecessary heartburn.

The first trap is this: We assume too much about the title “manager”. When we find a candidate that states “I’m a manager” we assume it means he or she knows how to effectively manage people. Many times this is simply not true. It simply means that your applicant has held the title of “manager” at some point in their career. It does not mean he or she was any good at managing people, or that they enjoyed it.

What’s more, too often when we see that a candidate has management experience we assume he or she also has had training in how to be an effective manager. Once again this is usually a false assumption. Most people who claim to be managers learned to manage by modeling the behavior of the people who had been their managers. These (usually bad) early work experiences then serve as a model for how they’ll manage people in their own careers. (Of course, if their early work experiences were with an enlightened leader or manager, they’re in luck.)

However, given the dismal managerial talent out there, many people aren’t fortunate to have been mentored by an expert manager. In fact, most managers can now look back in their own careers to sadly recognize how inadequate their original managerial role models were.

So how do you avoid this first trap of ASSUMING an applicant is a knowledgeble and competent manager? Your cleaning and/or restoration operation deserves a quality manager not just someone with a title. It’s always a good idea to interview employment candidates specific questions about their management experience. Find out what formal management training they’ve had. Ask them about their management style AND what they’re doing to continue their own development as a manager of others. When I get around to it, in my next SFS Instructor’s Blog post I’ll describe a second trap business owners fall into far too often.