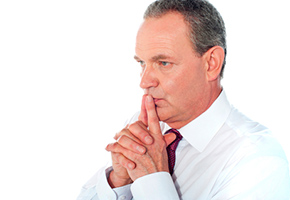 BUMMER!  The flight I was scheduled to take home from Kansas City one Friday afternoon was delayed due to bad weather. I was standing in line with an older gentleman who was the spitting image of the actor Sam Jaffe from the old TV series, Ben Casey.  He resembled Ben not only in appearance, but also in his thoughtful and wise demeanor.

The Continental gate agent apologized for the inconvenience and handed us each  a complimentary gift packet that included a discount coupon to the airport lounge. The older gentleman invited me to join him in the lounge as we waited for the weather to clear.

As it turned out my new found friend (I’ll call him Jack) was a retired medical doctor who had been hired out of retirement by a large health care provider to be the administrator at a local hospital. As we talked he lamented the fact that today’s medical schools are ignoring an important area of training in new doctors — their bedside manner.

Jeck called this the “Three A’s” of being a doctor: Ability, Accessibility, and Affability. As he spoke about the Three A’s I realized he could just as well have been speaking about any professional or executive, not just about doctors. Here’s what he had to say about the Three A’s and how I see it applies to all of us as business owners.

It starts with being Able- Are you “able” to perform your service? This doesn’t mean you have to be recognized as being the very best at what you do. After all, we can’t all be “the best”. But your customers do have to feel confident in your ability to do the things you say you’re going to do.

NOTE:  This “need for client confidence” is one of the reasons why we see so many letters after many professionals’ names: Ph.D., M.S., M.D., D.D.S., J.D. etc! In addition to claiming bragging rights for the person it also sends a subconscious message to their customers that they are qualified.  All a patient has to do is look at the end of the doctor’s name as ask, “Are the familiar initials present?”

So how do you convey ability to your customers? Placing professional credential initials after your name is certainly a good starting point. Even though our industry’s initials may not have the familiarity of an M.D. or Ph.D. they still let your customer know you’ve invested in higher education. Another way to build your customer’s confidence in your ability is by listing the professional associations you belong to.

But initials aren’t the only measure of ability. How about experience? A spunky, fresh-faced Doc just out of medical school may have an M.D. after his name but he simply won’t convey the same level of ability as the doctor with gray hair and a knowing look. So, it isn’t just titles after your name that indicate ability. It’s also communicating “experience”.

So how do you convey your experience? If you have been in business any length of time start by letting your customers know how long you have been around!  Celebrate your longevity!

Another way to communicate “experience” (with their permission) is to list some of the more prominent customers you have worked with in the past. This Association Exercise builds what author Robert Cialdini refers to as “Social Proof” in his book, Influence: The Psychology of Persuasion. You’re basically asking, “If these people can trust me you should too!”

Next time we’ll talk about the importance of being Accessible.