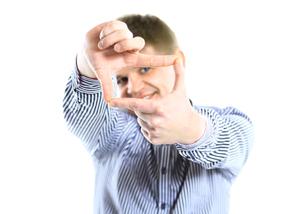 When it comes to maintaining focus on their business I think in many cases entrepreneurs have the deck stacked against them. With so much emphasis placed on achieving instant success, or running our company today with an eye to flip it tomorrow, it’s hard to focus on business objectives that extend beyond the next twelve months. Long range planning rarely makes it that far…and sometimes not beyond the next payroll!

If these distractions weren’t enough to blur our focus, a lot of entrepreneurs seem to be genetically hard-wired with a case of E-Drift—a term I use to describe the short attention span and easily-distracted personality characteristics many of us bring to running our company. Don’t get me wrong; E-Drift isn’t all bad. After all, it may have been this same characteristic that led you to start your business in the first place. It’s that constant, nagging dissatisfaction with the status quo; that endless need to tweak things to make them better; the restlessness inside us that compels us to explore new things.

However, too often our E-Drift can run wild. It even becomes the destructive expression of the same creative energy and unbridled force that launched our business in the first place. It’s when we don’t rein that energy in and give it positive direction that it dilutes our focus and undermines the growth of our company.

FOCUS, by contrast, is the ability of a business owner and his executive team to hone in on the handful of key issues that must be addressed in order to successfully grow their company. Once they have the key issues identified focus then shifts to their ability to concentrate on these items—not for a day, a week, or even a month, but for however long it takes until they’re accomplished. This is the Hedgehog Concept Jim Collins writes about in his book Good to Great. Too often, though, business owners try to focus on too many things and end up focusing on nothing.

Here’s a story that illustrates my point: Some time ago I was working with a client facing the very real possibility of going out of business. This was an established, family owned, well respected company in their community. Where once their taxable earnings had placed the owners in the top 1% of North American income earners they were now staring down the barrel of a gun called insolvency. The focus that helped them to achieve earlier success had been diluted and decades of hard work were seriously threatened in just eighteen short months. The client had lost their way.

The good news is they recovered…but they know it’s a day-to-day challenge to stay focused on the key issues so they don’t find themselves reliving the same scenario.

You don’t have to wait until you’re facing tough times to gain your focus. Establish your focus early and maintain it diligently so you don’t find yourself faced with your own version of Groundhog Day.