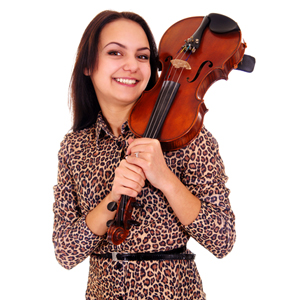 So in my last blog post here we started talking about the role of “second fiddles” in music, politics and business. These “sidemen” provide invaluable support and in fact become a major part of their team’s success.

Now someone who knows a great deal about the subject of “second fiddles” is Ben Zander, conductor of the Boston Philharmonic orchestra. In his book The Art of Possibility Ben tells of when he played in a string quartet with Robert Koff, the founding second violinist of the Julliard String Quartet. Ben became convinced the real leader of the string quartet was actually the second violin player. Not because he dominated the play, but because his part had all the inner rhythms and harmonies, influencing the rest of the quartet through the clarity and authority with which he played. In other words, Mr. Koff actually led the quartet from his role as “second fiddle”.

The same can be said for accomplished “second fiddles” in business. Both first and second fiddle roles carry out highly complicated pieces as they perform together. In business “first fiddles” instinctively sense the presence of their “sidemen” (and sidewomen) and trust they will be there to fill in the details, pick up the pieces and do the things necessary to help their organization succeed.

At the same time the second fiddle trusts that his “front man” has his best interests at heart, that he knows where he’s headed and that he’ll do whatever is necessary to not drive the business over a cliff!

NOTE: The second fiddle role goes by different titles in the cleaning and restoration industry. These hard working and self-effacing folks can be called Operations Manager, Lead Tech, Assistant Manager, Dispatcher or yes, even “spouse”!

In business, just as in music, sidemen are accomplished professionals. They know it’s their strength and talent that helps their front man be a better business leader. Without their constant support their lead man might just be a mediocre soloist standing all alone on a stage.

Within even the most accomplished relationships between front fiddles and second fiddles there often exists a dynamic tension. Second fiddles are sometimes frustrated because they don’t get credit for the contributions they make. Yet at the same time front fiddles may wonder why their “seconds” don’t show more initiative. Ironically it’s often this very tension that makes the two of them so good together. After all if both had center stage at the same time one would inevitably suck all the bright out of the spotlight, leaving the other standing in the dark.

Second fiddles are best when they offer “informed and honest support” to their lead and not when they just tell them what they think he wants to hear or follow them blindly. Just as Ben Zander mentioned above, second fiddles are often the ones with the inner rhythms and harmony of the organization. They are the ones who bring clarity and authority not only to their role but to the role of the lead person as well. Typically second fiddles are among the few within the organization who can offer candid advice and opinions to the leader without fear of reprisal. (Or earning the word “former” in front of their title!)

Business leaders work best with second fiddles who have a deep inner strength and confidence and who feel secure in their position. This is when front people feel least threatened by the candid, and often times blunt, input their second fiddle may provide.

If you’re in this role and someone asks you what your job is, tell them with pride that you’re a “second fiddle”. Let them know you’re happy with your role because it’s from that position that you just might be helping to determine the direction of the company.

By the way, we’ve been delighted to have many “second fiddles” attend our Strategies for Success program over  the years. (They always  provide an honest “behind the scenes” view of their organization.) And if you are the front fiddle, sending your second fiddles to SFS will reap HUGE benefits for you long term!