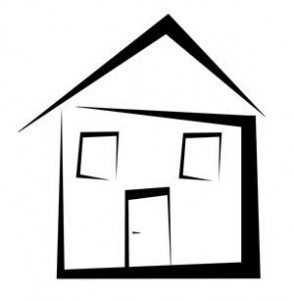 I’ve bored many here with my posts on the trials and tribulations of renovating my rental house in Colorado. (See my rants on “Where is their sense of urgency?”) But now I’m going to creep perilously close to Big Billy Yeadon’s specialty with a few thoughts on MARKETING!

Once Sioux and I had painfully restored our rental it was time to ta-da!- Actually RENT it which meant we had to get the word out! Traditionally this involves running an ad in the local paper. So I came up with a beautifully crafted classified ad. One week (and 76 bucks later) we had received exactly one phone call. I didn’t need Yeadon to tell me that this was not a good ROI on my marketing investment!

So then I put an ad in Craiglist which offered several advantages. a) I could expound at length on the beauties of this home, b) I could (painfully for me) post up to four photos and c) the ad was free! So I already knew that my return on investment at worst would be “neutral”!

But we did even better than that and started receiving phone calls. Ah yes, the “new technology” of the internet was going to save me! But then I noticed two things- the phone calls were coming from all over the States and they were from people who “might be interested” in moving to the area. I needed local folks who were already there. Then inspiration struck with a combination of low AND high technology …

Low tech:  Sioux bought two “For Rent” signs. We placed the large one on a heavily trafficked street one block away with a sign pointing up towards the house and the second right in front of the house with a great little web site (high tech for us!) profiling the house listed on it. (Check out the site at www.tinyurl.com/animasvalleyview ) Now we started getting pre-qualified calls from local people eager to rent the home and so we did- to a retired dentist that hopefully will care for the home as his own.

Lesson learned? In your marketing efforts, don’t overlook time-tested simple things. In my case it was 10 bucks worth of signage. But you should also focus on what the internet can provide for you with high-tech. (What I really took away from this episode was there is a reason newspapers are dying. Don’t you go down with them!) So what low-tech/ high-tech combos have worked for you???