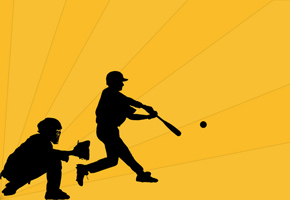 In my last post we learned to keep our eyes open for opportunities, plant our feet and SWING!  This time we’ll work on honing those skills.

Lesson #2: Swing with authority. One of my Little League coaching partners would tell his kids, “If you didn’t come to win the game, don’t suit up.”

In the amount of time it takes you to a) ruminate and b) get bogged down in analyzing every detail and c) finally take a half-hearted swing at the opportunity another entrepreneur will have swung away (maybe missed a few balls!) but eventually gotten on base. And they might have even scored a home run!

For example, if you SAY you are going to add a new service to your business, people in your company (team) are going to ACT on this information. Salespeople will be talking to your customers about the new service. Your operations people will be making hiring decisions or equipment purchases based on what you promised them you were going to do.

The same is true in business. Everybody wants to work for a winner. They want to follow a leader who acts with authority—someone who steps up and tries new things, even if it means striking out occasionally. It’s okay to swing and miss. But it’s not okay to just stand there and not swing at good pitches.

In other words, people will accept a leader who tries new things and experiences an occasional failure (loss). What they won’t suffer is a leader who stands there and lets the company stagnate as they watch opportunity after opportunity pass by.

So, with another baseball season just getting under way, maybe it’s time to take a closer look at your stance in the business batter’s box. Are your feet planted firmly? Do you have a solid grip on the bat? Are you prepared to SWING at opportunities that get served up to you?