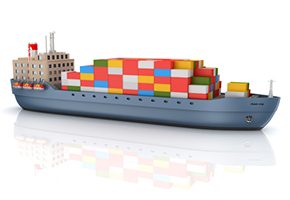 In the past I’ve addressed the topic of barnacles—those pesky sea creatures that attach themselves to (and wreak havoc on) sailing vessels! I find “Business Barnacles” can undermine performance, attack company morale and slow (even halt!) your company’s growth.

Although the Barnacle Behavior is usually kept out of sight by the people engaged in it, it’s fairly easy to recognize once exposed. Comments like “That’s not the way we’ve done it before” or “We tried that once before and it didn’t work” or “There’s another idea that’ll never get followed through on” are tell-tale signs of barnacles in your business.

Barnacle behavior can easily infect business owners just as it can with employees.  Our personal behavior and/or management style is frequently the culprit.  Arrogant or disrespectful tones toward our employees or a “command and control” management style are just a couple of examples. Here’s an illustration from my personal file…

For years my brother and I owned a cleaning and restoration business together. Our personalities are different enough that we usually got along very well. However, inevitably there were times when sparks would fly!  It was during these times that we would frequently default to the communication style we learned growing up—“barking” at each other.  (OK, maybe there was some screaming involved too!)

We never thought all this yelling was unusual. After all, it was just our way of communicating. But when my brother and I got “intense” with each other it scared the daylights out of our people!  I learned much later that during our screaming matches our employees thought the company was coming apart. They even wondered if they needed to look for other jobs!

In fact, as I analyze those days I now realize when my brother and I were done “communicating” in this manner there wouldn’t be a soul around!  Everyone was “hiding” since they didn’t want to get “caught in the crossfire”!

My brother and I weren’t unique in our Barnacle Behavior and it definitely hurt us personally and financially.  So what have you seen within your own company (or witnessed in other companies) that has placed a “drag” on the company’s performance?