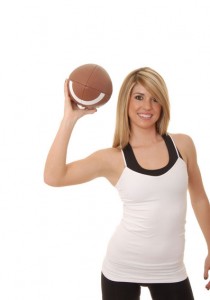 Once again the Super Bowl has ended.  Sure, it was one of the best games in 43 tries and I was hoarse from cheering even if my beloved Colts weren’t there.

BUT the commercials (which is why many even watch the SB spectacle!) were sadly lacking. A common misconception is that only men watch the Super Bowl. Statistics actually show that SB viewership is evenly split between the genders.  (Even though women might think a tight end has a different meaning!)

Soooo … if you were spending 3 million bucks on a single ad wouldn’t you try to hit your target audience at least as well as Big Ben hit Santonio in the end zone?  For example, the Teleflora ad for flowers in the box disgusted women and even men felt like they had taken a hit to a tender area. One woman stated what it really said to women was “What do boxed flowers say? You are an afterthought. His secretary sent it. Only his wife gets the good stuff. He only did it to get double mileage points.” Wow!  That demands a penalty flag for unnecessary roughness!

On the other hand, Budweiser understands emotional marketing that hits both genders. Whether it is the Super Bowl or a holiday ad they almost always strike the right chords for 100% of the audience.  Honestly, if Madison Avenue was a football team they would be the 2009 Detroit Lions- 0-16!  Learn from their mistakes and target your marketing.[/private]