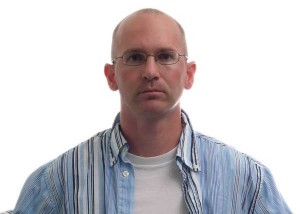 January is always a good time to take stock and reflect soooo … let’s do that!

The economic news continues bleak on a national level. But how bad is it for the AVERAGE person? Much has been written that this is an “emotional recession” spiraling downward due to the financial fears and the uncertain future. The fact is while unemployment is increasing (which is a tragedy for a small slice of the population) the vast majority of people still have their jobs AND the same normal income they had two years ago. But the problem is many FEEL as if they are sliding into poverty. Why?

1. The news media. The recession IS news and the press is always up for human interest stories that touch the heart. So while there are big happenings in Iraq and the Middle East a story about a laid-off bank vice-president delivering pizza for Dominoes in his soon-to-be-repossessed Mercedes will always grab readers! Once you read enough of these articles it is easy to FEEL like the sky is falling!

2. Falling stock prices. Remember, people’s cash flow may be the same but if they look at a greatly diminished stock portfolio once again they FEEL poor. The flush years over the last decade raised expectations that the good times were going to continue forever.

3. Lower home equity. Ditto on home values. Now that the bubble has burst on both the stock market and home prices the artificial exhilaration people FELT on their rapidly expanding paper net worth has sunk them into depression. (There, I said the “d-word”.) And when someone is depressed they don’t want to spend big time- which when repeated throughout the population brings on a RECESSION, most of which is based on how people FEEL!

BUT the great thing for us as entrepreneurs is we don’t have to buy in to the general mood. Why not? Let me count the ways …