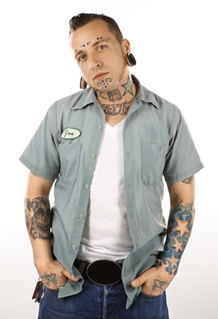 In 1966, The Who sang My Generation talking about the 76 million Baby Boomers. We were the largest generation ever born and have had the focus of the world ever since 1946. Due to their smaller numbers (45 million) the next group, “Generation X” was largely ignored and the Boomers continued to be the driving force for society.

Bob Dylan (who could be the unwilling spokesman for the Boomer generation) wrote The Times, They are a-Changing for the ‘60’s but it works just as well now. Yep- We are no longer the largest generation! (Yes, I too am a Boomer!)  Babies born between 1977 and 1997, dubbed Generation Y, Millennial or the Digital generation, total 81 million. It is not that the 4 million additional people are overwhelming; it is that they are so incredibly different from the “rest of us”!

Remember that Gen Y is and for years to come will continue to be 90% of the workforce in our cleaning and restoration industry. So let’s compare two semi-opposing viewpoints on this group, both from highly respected authors.

Author Don Tapscott wrote Grown Up Digital analyzing the differences between Boomers and Gen Y. He split the book into three main components:

However, here is a more negative (realistic?) view of Gen Y from the Herman Trend Alert: Engaging Millennials

Recently JobFox.com conducted a poll of recruiters with predictable results—Millennials were judged to be the least effective performers of the four generations now in our workplace. A paltry 20 percent of the responders characterized them as “generally great performers”. Compare this statistic to the 63 percent who said Baby Boomers (43 to 62 years old) were great performers and 58 percent who gave high marks to Gen Xers (29 to 42).

Jobfox CEO Rob McGovern believes that corporate leaders, not Millennial professionals, “need attitude adjustments”. Certainly, the Millennials, sometimes called Gen Y, are the most educated and technologically savvy generation ever. Once you understand them and choose to make an effort to engage them, they are a very impressive group of workers.

According to McGovern, there are four “major motivators” for Millennials at work:The most sought-after motivator is balance. The Millennials do not embrace the value of the Boomer-created nine-to-five work week. They work best when they can set their own hours.

Second, they want to be on the leading edge. Millennials understand that technology is changing rapidly. If not updated continuously, their skills promptly become obsolete. “They have seen their parents and neighbors downsized and right-sized out of jobs.” Staying marketable is justifiably very important to them. Even though in a recent JWT survey, 60 percent of Millennials agreed that “an employee owes loyalty to their employer “,companies that do not provide new learning experiences will see this generation seeking job opportunities elsewhere.

Third, they do not want to be treated “as junior anything”. Millennials want to begin contributing right away. Companies must do a better job of helping younger workers see how their work is vital and how that work relates to the bottom line of the company.”

Finally, Millennials are looking for stability—especially now. Gen Y workers can be loyal team players as long as they can balance work and life goals, gain new learning opportunities, and feel like they are supporting company goals. The employers that will be the most successful over the next two decades will be the ones that can best inspire and engage this challenging generation.

So it appears the battle lines are drawn. How does a Baby Boomer manager convince a Gen Y tech that texting in a customers home is simply unacceptable? How do you explain to a Gen Y employee that it takes a few years to move up to the executive team?

One thing is certain; Gen Y will remake the world. They have already shown their power in the last presidential election and the next election maybe even more so. Employers (still mostly Baby Boomers) can figure out how to collaborate with this generation or they can stubbornly hold onto old ideas because they are in charge.  Well, at least for NOW we are still in charge!

3 thoughts on “Frustrated with the “new” generation of employees?”