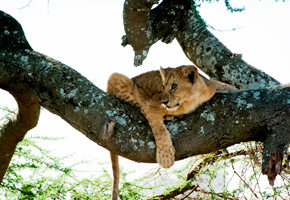 SUCCESS! Type in the word “Success” in Amazon.com’s search box and you’ll get 141,900 results! This plethora of literature serves its purpose but my theory is this flood of information may be more of a crutch than a resource. My feeling is a business person who relies ONLY on the “Experts” may be missing the one strength that is not “teachable” – The inherent curiosity of the truly successful entrepreneur!

I am reminded of a story that I feel is pertinent to today’s discussion:  “Curiosity killed the cat!”  Allow me to explain…

The other night after a hard day of work down in the Entrepreneurial Trenches, I decided to stop by the Siberian Saki Club. (I am a card carrying member of this relaxing locale which exists for the sole purpose of dispensing salubrious cocktails.)

“The Trough” (as I fondly refer to the long semi circular bar measuring close to sixty feet in length) has brought much relief and joy to throngs of thirsty patrons. They all wearily shuffle up to the vinyl clad bumper and rest their tired feet on the brass rail as they order their choice of poison, all in hopes of sharing a laugh or escaping life’s worries for a short while.

So last night I found myself deeply enmeshed in a conversation with one of the regulars about a subject that I cannot even remotely recall! It wasn’t the topic that got me thinking today. (Since I can’t even remember what it was!) Instead, it was something that this man (who is affectionately known to all as “Plato”) emphatically stated during the conversation that piqued my interest. But first let me set the stage…

A grossly overweight, balding man who has seen close to eighty years of life pass him by, Plato knows pretty much something about everything, but in truth nothing about anything! As the Club’s self-appointed seer and prophet Plato rules the darker end of the bar perched high above the floor in his barrel shaped bar stool commanding authority and spewing sagacious advice to anyone and everyone within earshot.

Plato is quick to dish out his opinion on everything from medical ailments to suggestions on how to balance the national budget and getting the government out of debt in three easy steps. His strong gravelly voice echos from one end to the other as he sits laying in wait, like a spider eagerly anticipating its next meal.

However, unlike the clever spider that spins a nearly invisible silken web to ensnare his victims, Plato traps his prey with the flailing of his pudgy, outstretched arms welcoming thirsty unsuspecting strangers to come near his clutch. (Regulars know better than to converse with the all-knowing Plato, lest they care to be injected with his poisonous tongue.) So what earth shattering proclamation did Plato utter last night?

“Curiosity Killed the Cat”! This moronic platitude coming from an old “has-been” barfly got me to reflecting…

I wish that I had a dollar for every time someone has uttered the phrase “Curiousity Killed the Cat”. This old proverb has been used for so long that it has been fused into the fabric of our existence. It is normally uttered as a warning to those who may have a natural curiosity to keep them out of harms way.

From an early age, teachers, clergy, parents and even well meaning friends strongly caution us to not venture too far outside of THEIR comfort zone because if we do- we may meet with an untimely demise!

I wondered how many dreams of free spirited entrepreneurs may have been quelled after having been sharply cautioned- “curiosity killed the cat”! Just imagine what life today would be like had early explorers, capitalists and inventors taken heed of this ridiculous warning. What would have happened when we were curious about landing on and walking on the lunar surface if we had modeled our efforts on “curiosity killed the cat”?

Would Dr. Jonas Salk and his colleagues at the University of Pittsburgh Medical School have discovered the polio vaccine had they given serious consideration to others when they said “curiosity killed the cat”? After all, it was their curiosity about the causes, prevention and cure of polio that brought about the cure itself!

Moviegoers were captivated at the mischievous antics of the adorable fun loving lion cub (cat) Simba who is the son of Mufasa and heir to the throne. Viewers followed Simba as his curiosity leads him into scene after scene of trouble all under the watchful eye of his appointed guardian Zazu.

Simba is tricked into thinking he has killed his father and flees into exile thus abandoning his identity as the future King. All this set to the back drop of bewitching melodies like Hakuna Matata (which means “no worries” in the Swahili tongue), The Circle of Life and The Lion Sleeps Tonight. So let me sum up this long-winded diatribe…

Like the cat Simba (who eventually grew into a fearless leader of his pride) top entrepreneurs universally have a strong sense of curiosity. It is this natural wanting to know “what if” that has created the success of their business.

By the same token, those who follow this “Curiosity Killed the Cat” proverb to the letter are much more likely to squander unseen opportunities simply because they are discouraged from pursuing their curiosity. Tragic!

Take a lesson from the big cats that roam freely on the plains of the Serengeti. These cats wait patiently, sometimes for days, as they move with the great herds vigilantly looking for an opportunity to pounce on one of the weaker or unsuspecting roamers who become separated from the herd.

Like these great cats, the successful entrepreneur displays stealth and prowess (which are fueled by “natural curiosity”) that will strike terror in the heart of his or her’s competitive field.

The lyrics of Elton John’s Grammy Award winning song “Circle of Life” reads as though written to describe life of the curious entrepreneur.

From the day we arrive on the planet

And blinking, step into the sun

There’s more to be seen than can ever be seen

More to do than can ever be done

Some say eat or be eaten

Some say live and let live

But all are agreed as they join the stampede

You should never take more than you give

In the Circle of Life

It’s the wheel of fortune

It’s the leap of faith

It’s the band of hope

Till we find our place

On the path unwinding

Some of us fall by the wayside

And some of us soar to the stars

And some of us sail through our troubles

And some have to live with the scars

There’s far too much to take in here

More to find than can ever be found

But the sun rolling high

Through the sapphire sky

Keeps the great and small on the endless round

On the path unwinding

It is my sincere hope that you follow your heart, your innate “natural curiosity” and never, ever stop pursuing your dream!

All of us (including Plato) at the Siberian Saki Club wish you the greatest success!

SFS Restoration Columnist Ivan Turner is owner of Aero-Dry, a central Missouri water and fire damage restoration company. Ivan has also packaged his unique restoration strategies and offers them to other restorers through his Show-Me Marketing Solutions.