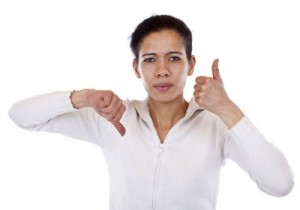 We’ve already discussed that Sir Churchill started with the right “long-term mindset”. (And you should too!) He also didn’t get “burned by the sunshine” as in turning a blind eye to (ignoring) upcoming problems. (Neither should you!) So let’s see what else we can learn from Sir Winston…

3. In business there is never a guarantee of success. Sir Churchill was honest on the struggle facing the British in repelling the Germans. You too face tough odds. Starting a business doesn’t mean you’ll stay in business. And don’t get cocky! Being in business more than five years simply means you beat the early odds! Sustaining profitable growth year after year requires commitment, a willingness to change, and a LOT of paying attention to what’s going on around you. Also please…

4. Don’t “negotiate with adversity”. Until Nazi Germany started dropping bombs on the heads of Brits, Neville Chamberlain’s government continued to try to appease Hitler. Churchill disagreed with this approach. As he put it, “An appeaser is one who feeds a crocodile, hoping it will eat him last.”

It’s no different in business. How often have you negotiated with adversity in the hope it would go away or resolve itself on its own, only to later find yourself wishing you’d confronted it sooner?

Taking an assertive, pro-active approach to challenges in business has a way of keeping “small problems small” AND mitigating the damage when big problems arise. You also need to focus on the “big picture”…

5. Revisit your “why”. Churchill and Britain knew they were in a life and death struggle. But even during their darkest hours they were motivated by their drive to preserve a way of life, a rich history and heritage, and the dream of a lasting legacy. In other words they were fighting not just for survival, but for the generations of people who came before them and the generations of people who would follow.

Fortunately for most of us business is rarely a matter of life and death. It’s usually more a matter of “wants” and “needs”. We want to earn more money. We want to take more time off. We need to take care of our customers with Value Added Service. We need to collect more cash. And of course we may need to meet this week’s payroll!

With each of these wants and needs comes friction; friction that creates stress on both our person and on our business. When the friction becomes great enough we find ourselves asking questions like “WHY do I put up with all this?” Good question!

NOTE: My fellow SFS instructor, Big Billy Yeadon, brilliantly teaches the concept of “Start With Why” in our Strategies for Success seminar.

It’s our answer to the “why” that either motivates us to soldier on through adversity or allows us to surrender. The stronger our “why”, the stronger our resolve.

NOTE: “Surrendering” is not necessarily a bad thing. It may just mean leaving this industry and/or your entrepreneurial path… and there is nothing necessarily wrong with these options IF your “why” dictates it. People and circumstances change.

Starting a business is easy. Anybody can do it. Growing a business is the tough part, and it gets even tougher when things aren’t going your way, or when you feel conditions are out of your control.