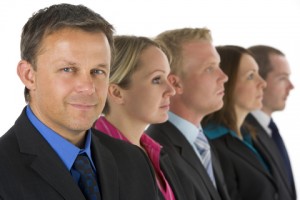 As most SFS members know, my family and I have spent many years in the Dominican Republic doing full-time volunteer work. I always say, “A wonderful place to serve … but a horrible place to live.” Hot and humid, daily power blackouts, pervasive crime, lots of disease and trash everywhere!

Then on top of everything else the government just “doesn’t work right”! Many years ago it occurred to me, “A country can be inefficient and survive. Or it can be corrupt and get along OK. But when a government is BOTH inefficient AND corrupt then life becomes a daily disaster for its citizens.

The tragedy of “normal” life here has nothing to do with poverty. (Even though people are very poor.) Rather, due to the lack of basic infrastructure, folks are forced into jumping through so many different hoops that they waste their energy in struggling just to survive and therefore have nothing left to invest in improving their situation. For example…

Something as simple as a birth certificate. In the States, one or two phone calls or a few mouse clicks and voila! Two or three days later it arrives in your mailbox. Here in the D.R. there is complete and utter disorganization on a local level. (Not to mention any functioning postal service either!) We have students here who spend years trying futilely to get married legally only to be frustrated again and again by the “papeleo” (paperwork) or I should say the lack of it!

In fact, I personally define a “Third World” country not by the per capita income of its inhabitants. Rather, I look at how developed its “infrastructure” is AND how much daily hassle the lack of it causes its citizens.

But I wax nostalgic. What does this all have to do with carpet cleaning? Simple. Far too many carpet cleaners own ‘Third World” companies. Sure, they struggle and lurch along, propelled by sheer desperation and true grit. But look not only at the financial drain this lack of Business Infrastructure (no systems and procedures) causes, but also the emotional damage. Stress, broken marriages/families, damaged physical health and all so sad because it doesn’t have to be this way.

No one can push a country out of its Third World ways. (I’ve spent thirteen years trying here in the D.R!) But you CAN change your business practices and that is what SFS is all about. If you haven’t been to Strategies, then come. If you have, then come back. (Second, third and fourth time SFS attendees tell me they get more out of the class each successive time.)