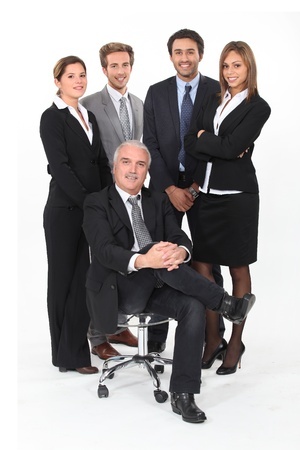 In the previous four parts of this SFS “Belching at the table” series (Steve Toburen winces at this title every time I talk with him!) I’ve highlighted several of the responsibilities of a CEO. (And yes, no matter how humble your duties if you are the owner or a manager of a cleaning/restoration business you ARE a “CEO”!) Yes, there are significant emotional and financial rewards that come along with the CEO title. However, there are also pitfalls to be avoided. One way to successfully grow as a boss is to constantly ask yourself the four “Penetrating Questions” we’ve discussed so far:

1) How do my employees feel about working at my company? Honestly?

2) How is my company performing financially?

3) Are the people in my company growing?

So have you arrived at good answers to the above questions? If so, wonderful! Yet there  are also some common (and very subtle) traps successful bosses are constantly vigilant to avoid. For example…

A) We can forget what it’s like to be an employee. Some time ago I was having dinner with clients (a husband and wife) while discussing their restoration company. The husband was expressing frustration with his workers when his wife made a highly insightful comment. She reminded him, “It’s been too long since you’ve been an employee”!  Yes, she realized it had become nearly impossible for her husband to view business decisions from their employees perspective. As is so often the case the female side of the partnership was dead on with her analysis of the emotional side of their business.

When you have owned your business for a long time it’s easy to forget what it’s like to be an employee in a small company. (Or when you’ve only ever worked in a family business which brings its own challenges!) We tend to overlook the impact even seemingly minor decisions regarding work schedules, compensation, or job responsibilities can have on our people.

While our decisions might be based on what we perceive as benefiting the entire company we sometimes have to remind ourselves that our people ARE our company. (And sometimes even when we are trying to do what is right by our employees even innocent changes can be viewed with suspicion or even paranoia!)

B) We set our sights too low. Because we operate largely in an isolated environment it’s easy to fall into the trap of setting our sights only on targets we’re comfortable hitting. As Warren Buffet says, “The boss shoots the arrow and then hastily paints the bull’s eye around the spot where it lands”.

Sometimes we get lulled into mediocrity simply by “not knowing what’s impossible”. Running a mile in less than four minutes was considered impossible (even fatal) until Roger Bannister beat it by six tenths of one second in May of 1954. Human heart transplants were also considered impossible until Dr. Christiaan Barnard successfully performed the first one in December 1967. Now both feats are considered commonplace.

The critical question CEO’s want to ask themselves isn’t just how well they’re doing their job. It’s asking “How well are the best CEO’s doing their jobs and what can I do to perform better?” Roger Bannister was a world class runner and Dr. Barnard was a highly respected heart surgeon BEFORE they attempted their “impossible” feats. What could we as owners and managers accomplish if we set our sights on the “impossible?” Of course, we can also go too far with this and…

C) We can become arrogant. When things go right we’re quick to take the credit! Even if we don’t say it out loud we’re the CEO! WOO-HOO! But when things go poorly we never seem to be at a loss to point the blame to other people and/or outside influences.

As I’ve written before an entrepreneur’s strengths can become weaknesses and weaknesses can seriously begin to matter. Simply put, the successes that have led to our confidence and success can breed arrogance. Then when left unchecked our arrogance can then threaten our success.

But hey- let’s finish up with my favorite theme- poor table manners! When the people whose pay checks we sign are reluctant to “belch loudly at our table” about our poor leadership performance it is seldom because we’re doing a world class job. It may have more to do with not wanting to threaten the boss…or their employment. At the end of the day, regardless of the people we’ve surrounded ourselves with and on whose opinions we count it is our job to do a little “self-belching”! That’s right- as entrepreneurs we must “hold ourselves accountable” for our own management performance.