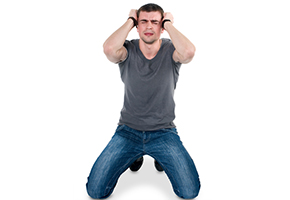 Some time ago I was meeting with one of my client’s managers. He was frustrated about the difficult situation he found himself in as a manager: “The owner expects me to run my division and manage my people, but any time one of them doesn’t like what I ask them to do, they go around me and straight to him. They know they don’t have to perform for me because the boss will protect them. The only way I can get them to do anything is by becoming their friend and asking them to do things as a personal favor to me.”

This was a pretty emotional conversation spoken by an experienced manager who was in a lot of pain regarding his predicament. Imagine how painful and confusing this situation would have been for a first-time manager.

Any serious manager would question how a business owner could allow such a condition to exist. But many owners do, although not always in such a flagrant manner. So in this post and my next one we’ll go over some ways I see entrepreneurs trip up their organizations by mishandling management relationships within their companies. Then hopefully I’ll show you how to avoid these stumbling blocks. For example…

Let’s examine “promotion and abandonment”. At one of our Executive Summit’s Dr. Holly Bognar touched on the subject of “abandonment” when she talked about situations where business owners promote employees from a front-line position into a management position within their companies. In fact, frequently the new manager is charged with managing the people he used to work with side by side!

When this promotion is handled correctly it can be a great career move for the employee and it can yield big benefits for the company. When the owner gives the new manager the training, the tools AND the support he or she needs to do his job it can be rewarding for everyone involved.

But, too often the promotion and follow-up training are mishandled. Rather than giving the new manager the training they need to learn how to be a manager (as opposed to just being a loyal employee), the owner expects the new manager to learn these skills from the “school of hard knocks”. After all (since that is frequently the owner’s alma mater) shouldn’t it be good enough for the new manager?

Then, to make matters worse, if things don’t go well right from the start, the owner can become impatient and will sometimes respond by abandoning the new manager. The owner withdraws his support and the new manager is hung out like a piñata to take shots from his former co-workers…after which the workers hand the bat to the owner so he can take a few shots of his own!

Listen carefully here! Any time you either promote or hire someone into a management position it is your responsibility to give that person your full support in helping them do their job. If things don’t go the way you want them to (or if the manager isn’t making the decisions you think they should be making) the first conversation that needs to take place is between you and the manager. It is your job to make sure that you and the manager are on the same page regarding his responsibilities and your performance expectations.

If the people who report to the new manager are having a hard time accepting him  (and worse-they’re demonstrating this by “chirping” behind his back or by not cooperating with him) it is up to you to let everyone know that the manager has your full support and that insubordination will not be tolerated.

Reflect on this stuff and I’ll chime in again soon!