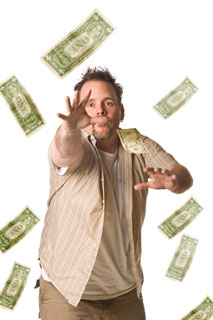 I believe in my SFS seminar three years ago you stated that you paid per hour but also gave your techs a commission for any add-ons and up-selling that they did.  So how is that any different in terms of avoiding pressuring the client because your techs wanted to make more money, than by paying straight commission and no hourly wage?  I would think techs will want to make more money anyway so the inclination to “pressure sell” will also be there with an hourly rate plus commission for up selling.  I see the same risk either way….  Enlighten me.

Mulling It Over in Richmond, VA

A good question.  First, Value Added Service firmly rejects any kind of high pressure selling to the customer while they are ‘trapped” in their home.  No matter what short-term gain you or your tech make in the “up-sell” you will lose the client long term and that is so very stupid.  So no matter how you structure your pay model have a very firm policy against high-pressure selling.  Instead, train your people how to do “no-pressure up-selling”. So why didn’t I go straight commission?

The biggest reason I paid a base salary instead of straight commission is I wanted the flexibility to send people where they were needed without the constant bickering over pay and commissions.  Questions like, “Steve, how come I have to go wash walls at the fire loss while Bill get’s to go make commission?” get real old.  With multiple employees you will never totally get rid of the petty jealousies and rivalries but by paying everyone a decent living base pay at least they were all on an even footing.

Now Mulling, since I believe your company doesn’t do restoration (even though I still think you should seriously look at water damage!) this issue may not be as important.  However, even so with commission-only something as simple as asking an employee to detail the truck or clean the shop becomes, “So what is my commission going to be on this?”  Aaargh!  Something to think about …

P.S.  At the end of the day, it all depends on your business model/goals.  For example, if my business had been located in a big metropolitan market and I could have dedicated employees to only one business sector (such as banging out apartment move-outs!) I probably would have paid these techs on commission.  But due to our small market my employees sometimes had to “wear many hats” in the course of just one day.  After all, if you are going to build a 1.3 million dollar business in a market base of 30,000 people (see how I did it) you better be flexible!

4 thoughts on “Carpet cleaning technician pay- commission vs. hourly? What to do?”