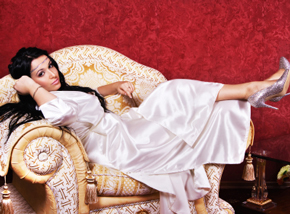 I’m reminded of an article I read in Inc. magazine by columnist Norm Brodsky about a trip he made to Jordan as part of a group arranged by the Simon Wiesenthal Center at the invitation of King Hussein.  In the story he talks about his meeting with the King and his wife, Queen Noor.

At the meeting the guests were arranged in a reception line. As the King worked his way down the line, he greeted each guest by name, and at least in Norm’s case, mentioned a little bit about the guest. “Oh, Mr. Brodsky. You’re a businessman from New York, I understand.”  Now, the King is a man who probably meets with hundreds of people every week.  And yet he knew Norm’s name and a bit of his personal history. Wow!

Can you imagine how you’d feel if the king of a country knew your name and a little bit about you?  I know that I’d be living off that experience for a month!

Then, at the end of his visit, the King took the time to personally show his guests to their cars.  Again, “uncommon courtesy” that left a very big impression on his guests.

Here are a few suggestions on how you can deliver “The Royal Treatment” to your customers, friends, acquaintances … anybody really.

Start by using the person’s name. It cost’s nothing to use a person’s name.  But wow, does it ever get their attention.  The simple fact that you know their name (or recognize their voice on the phone) makes them feel they’re important.  You don’t know their name?  Why not ask them for it … and then use it? (Steve Toburen says that given his bad memory as soon as someone mentions their name on the phone he jots it down on a sticky note and then refers back to it during the conversation.)

When someone doesn’t use my name in a conversation I feel like I’m either being a bother to them, or that I’m too much beneath them for them to address me by name. Don’t let that happen to you.  Use the person’s name and make them feel like a king.

Mention something about the person, or something of interest to them. “You’re involved in the PTA aren’t you?”  “I’ve heard good things about your involvement in the Kiwanis.  It’s nice to finally meet you.” “How’s your family?”  “How’s your golf game?”  You don’t have to get too personal.  Just show some “personal interest”.

Leave them with a positive feeling. Walking someone to his car is a classy touch. But, it might not work in your particular situation. You can still leave them feeling good about their meeting with you. Start by finishing your meeting with them, and not getting pulled away or distracted by someone or something else.  Thank the person for their time and any contribution they may have made to your meeting.

Extending uncommon courtesy to people doesn’t have to be complicated or flashy.  But it sure can make someone feel like a king.