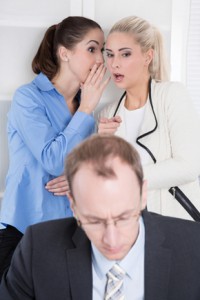 So recent tragedies in our schools have caused me to reflect on bullying AND being bullied. And yes, even you as an entrepreneur or manager can be bullied by others. Or you can fall into the trap of overlooking verbal and/or physical abuse in your workplace.

It goes without saying there should be no breathing room for bullying in companies looking to build high performance organizations populated by the best people. Unfortunately bullying can find its way into even the best organizations. And this isn’t just verbal or physical abuse- here are two more danger areas to be on the lookout for with workplace bullying.

Emotional abuse. From undermining a co-worker’s efforts and credibility to keeping track of their mistakes this type of bullying can manifest itself in many different ways. A common form of emotional bullying revolves around a concerted and deliberate effort to exclude a person by refusing to communicate with them or by leaving them out of group activities. This is a highly destructive form of “shunning”. For example, “When you need to know what’s going on I’ll tell you. Otherwise just shut up and do the job you’re getting paid to do.” Or “When you show me you can grow up I might think about sending you for some training, but right now forget it!”

Emotional bullying often takes place in businesses where multiple family members are involved. The family interaction styles we established as children can be carried over into our adult lives and into business. As a result it’s not uncommon to communicate with another family member in a manner you would never consider doing with a non-family employee. While you might casually excuse your behavior as “Oh, it’s just my brother” or “We’ve always talked to each other that way” it’s still bullying. (And it may be keeping someone from performing at their best.)

Professional abuse. On the surface this type of abuse can appear more subtle than other forms of bullying but it’s just as destructive. Professional abuse involves making up arbitrary standards that an employee is simply unable to meet. (And these standards aren’t applied to others.) Or stealing credit for the work of others is another common form of professional abuse which can destroy morale and drive good employees to leave or become disengaged. Personal or professional belittling is another and involves both the attitude and tone of the abuser. “You really just don’t get it, do you? You better shape up or ship out. I’m going to give you a written warning, but it’s my guess that it’s only going to be a short time before you’re out of the company.” Or “Listen here; I was doing this job when you were still in diapers, so go tell someone else what to do and leave me alone.”

A subtle subset of professional abuse is character assassination, which involves sabotaging the career or financial well-being of a co-worker. “If I have anything to do with it, I’ll make darn sure you don’t go any further in this company.” Or “Bob doesn’t care a thing about us or this business. All that he cares about are the numbers and making us work harder.”

The job of maintaining vigilance to bullying behavior in your organization never ends. Failing to address this behavior sends the unspoken message to the victim(s) that they’re not safe at work and to the bully that the abusive behavior is acceptable.

As an employer you should view bullying as a hazard to the health of your organization. It contaminates your company culture, undermines the morale of your people, and weakens your competitive position! (Unchecked bullying can also leave you vulnerable to legal action.)

As a business owner or manager you are responsible to stop bullying by disciplining or terminating those individuals (regardless of position) who engage in this inappropriate behavior.