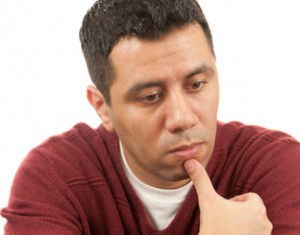 I’ve been in business for almost a year now but I’m working way too hard to keep the money flowing in.  I’m concerned I’m “doing it wrong”! So Steve, if you were starting over again how would you do it? Different equipment? Different advertising? I’m need advice from a veteran on my start-up process.

Starting Out in Alabama

If I was starting over?  Wow!  What a great question!  For the “big picture” (and in no particular order) I would …

1. Treasure and appreciate the time spent with my family, especially with my young son who in many ways grew up without a Dad because of his father’s obsession with the grand game of business.

2. Start funding my and my wife’s IRA much earlier than I did.

3. Religiously feed a Personal Investment fund by automatically “sweeping” 8-10% of my before tax personal income into quality blue chip stocks and then never sell them. (Which is basically what Warren Buffet has done.)  I would do this in addition to the IRA’s mentioned above.

4. Buy the very best equipment from the git-go instead of wasting years and soooo much time trying to make my own and/or skimp along with cheap/unreliable junk.  Given the high potential profit of our business and the negative Moments of Truth produced when you can’t deliver this one is a no-brainer!  (And no- my position with Jon-Don has nothing to do with sales!)

5. Take better care of my health (and my teeth) because somehow I never thought I would get old or at least middle aged in this system!

6. Not put up with marginal, flake employees (in the immortal words of Mack Clark) because I was scared they would quit on me!  (You can write this one in stone!)

7. Definitely charge more for my services so I could then afford to pay my employees more/ buy the best equipment.  (Which would help me follow #4 and avoid #6 above!)  Looking back on it I cringe at how many quality employees I lost because they a) saw no opportunity for long term advancement and/or b) pay raises from my company.

8. I also would have started even sooner than I did to “build my business today to sell it tomorrow”! (If you are going to transfer it to your children the same exact systems have to be in place.)

NOTE:  A very smart man once told me, “Steve, everything you do today to make your business easier to sell and more valuable later also will make it much more profitable and easier to run right NOW!” I just wish I had started following those words years earlier.  On the other hand let’s say you don’t want to build a big operation to sell out for big money to fund a comfortable retirement. That’s OK too! After all, we’re talking a personal life style decision that only you can answer. But then #8 would have to be “How can I find alternative sources of funds/ income for my retirement years?” I don’t believe any of us want to depend on Social Security, do we?

9.  If there was the Internet available “way back when” I would have checked this SFS web site every day just to see what new tips have been posted that just might transform my business!  Plus I would also have been very active on the industry Internet discussion forums. (Even with all the petty bickering and infantile drama that sometimes goes on there!)

10.  Finally I would definitely have attended one or more of our SFS programs if they had been available (they weren’t!) which would have cut 20 long hard years off of my growth curve!  I was getting my butt kicked out there on a daily basis. I think I was the “Rocky Stallone” of the carpet cleaning industry. Too dumb and too stubborn to admit I was beat. Then I started to read … It was those 20 battling years during the ‘70’s and ‘80’s that formed the foundation of Strategies for Success! And if I can keep someone else from going through all the agonies I did then that makes me feel pretty good … 🙂

Best wishes, Starting Out, and let me know how you are doing!

P.S: Ohhh and since we are talking “coulda-shoulda-woulda’s” I would have bought Google, Apple and Amazon.com all within one month of their respective start ups! 🙂